Launched on 1st July 2011, Methodist Women in Britain (MWiB) incorporates the former Women's Network in the Methodist Church and the British Unit of the World Federation of Methodist & Uniting Church Women, and operates as the British Unit. Bringing together all that has been good about both movements, it seeks to go beyond the reach of either in attracting, inspiring and serving a wider spectrum of Methodist women.

MWiB aims to know Christ and to make him known, encouraging, equipping and enabling women to participate fully in the life of the church and in society whether at the global, national or local level. 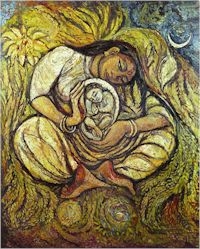 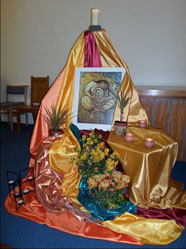 As an example of its international work, MWiB formed a partnership with the Church of North India (CNI), and raised funds to support the CNI in its work to gain better opportunities and conditions for girls.

Locally MWiB supports meetings for women around the Circuit and provides joint activities, such as Retreat Days, fund-raising events and services.


Members also take part in District Projects. For the Mission Aviation project the Circuit contributed £600. When, with the help of Brain Tumour Research, MWiB in the South East District supported "4 Aurora", named after a six year old girl who died from a brain tumour, it raised funds for research into this devastating affliction.


With more and more people living longer, dementia is becoming quite a common issue for many in our communities — both for those with this disease, and for those who care for them. MWiB is providing resources for churches to become more dementia friendly.

MWiB is also the British unit of the World Federation of Methodist and Uniting Church Women, an international movement of women in over 70 countries, whose logo is the "Tree of Life".

Details of forthcoming events are included in the Circuit Diary.

More information about its work is given on the Methodist Women in Britain website.